Yesterday was a bad day. Not your ordinary, things aren’t going right, bad day – an especially bad day. I had gone to the bank to get our cash for the last half of the month when I got a text that my mother was being rushed to the hospital. I sent a text back to my sister that I was praying, and waited for the next teller. The phone rang and it was my sister telling me that my mom had just passed away. The phone call was brief, but devastating. I went back and waited for the same teller to finish what she was doing. When she finished she told me to have a nice day. I didn’t ruin hers by telling her why I probably wouldn’t.

My original plan had been to go take pictures after going to the bank. Obviously, those plans were derailed and I spent yesterday at home, mostly, dealing with the grief. As a Christian, while I grieve, I don’t grieve as those without hope (1 Thessalonians 4:13), but I can rejoice that my mother is at home with the Lord. Yesterday was rough, but I made it through the day. Today has been a better day mentally and emotionally. I did get out to take pictures today. Last week I was on one side of the Oso Bay Wetlands Preserve, today I visited the other side. 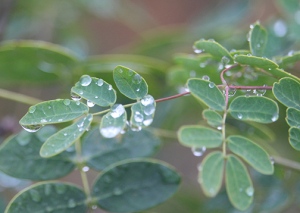 I’ve heard folklore about cardinals. I’m going to be honest with you and tell you that I don’t believe the stories. They don’t seem to have any biblical basis and it’s more of a superstition than fact. That being said, the first bird I was able to see and photograph was a cardinal. Superstition and folklore aside, I love cardinals. They’re beautiful birds. So, this first picture of the day set the tone for a good day, even though there weren’t many birds out today. Let’s face it…about the only time I don’t like cardinals are when they’re from St. Louis or Arizona. 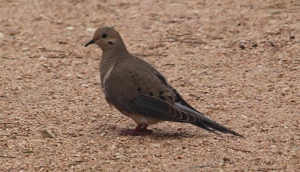 Next along the trail was a white wing dove. We get a lot of these in South Texas. The white on the wing isn’t very distinctive on any of the pics I got, but as I debated on whether it was a white wing or a mourning dove, the eyes told the story. The blue circle around the eye makes this a white wing.

As I walked along, I saw, far off in the distance in the bay, these ducks. Given what I see most and the fact that I could barely see them, I figured they were northern shovelers. When I blew the pics up to 100%, though, they were a different type of duck. I had to look carefully, but they appear to be Northern Pintail ducks. That’s a new one for me, so that was exciting. I always love seeing the variety and beauty of the birds that God created.

Along the trail, I saw a bird do one of those things that kingbirds do when they sit on a tree, fly out to catch a snack, and then go back to the tree. I wasn’t able to get a real good picture of the bird. Google images says that it’s a house sparrow. I think it has too much yellow color for a house sparrow. I could be wrong, though. Any experts able to tell me what this is for sure?

There weren’t many birds out in the mud flats from the observation deck. I saw an egret, but it was so far away that I didn’t get a good picture. Then, two sandhill cranes came flying overhead. They’re apparently still working that cornfield where I saw them last week.

Heading back down the trail, I heard some beautiful singing I stalked the bird until I finally saw him. After discussion with one of the people in charge (later) and my own research, I believe it’s a long billed thrasher. They sing beautifully.

The Oso Bay Wetlands is a beautifully maintained park area and they have lots of learning activities for kids and adults. You can find information about this amazing place on their Facebook page

To the Salt of the Sea
blogsy

the easiest way to discover your next favorite blog